Mapping Hiding Places is an ongoing research project that aims to map out the hiding places of Jewish people in hiding during World War II and study the resulting data.

It is an initiative of Dr. Dienke Hondius, assistant professor of history at the Vrije Universiteit Amsterdam.

I helped with the research and built the website for the project (which is currently not maintained by me). I have also co-developed an educational tour named Hiding in Amsterdam, which takes student groups around the city of Amsterdam as they explore and learn about life in hiding.

I had the pleasure to help facilitate the collaboration between Mapping Hiding Places and the Memory Walk project, check out the resulting short documentary here. 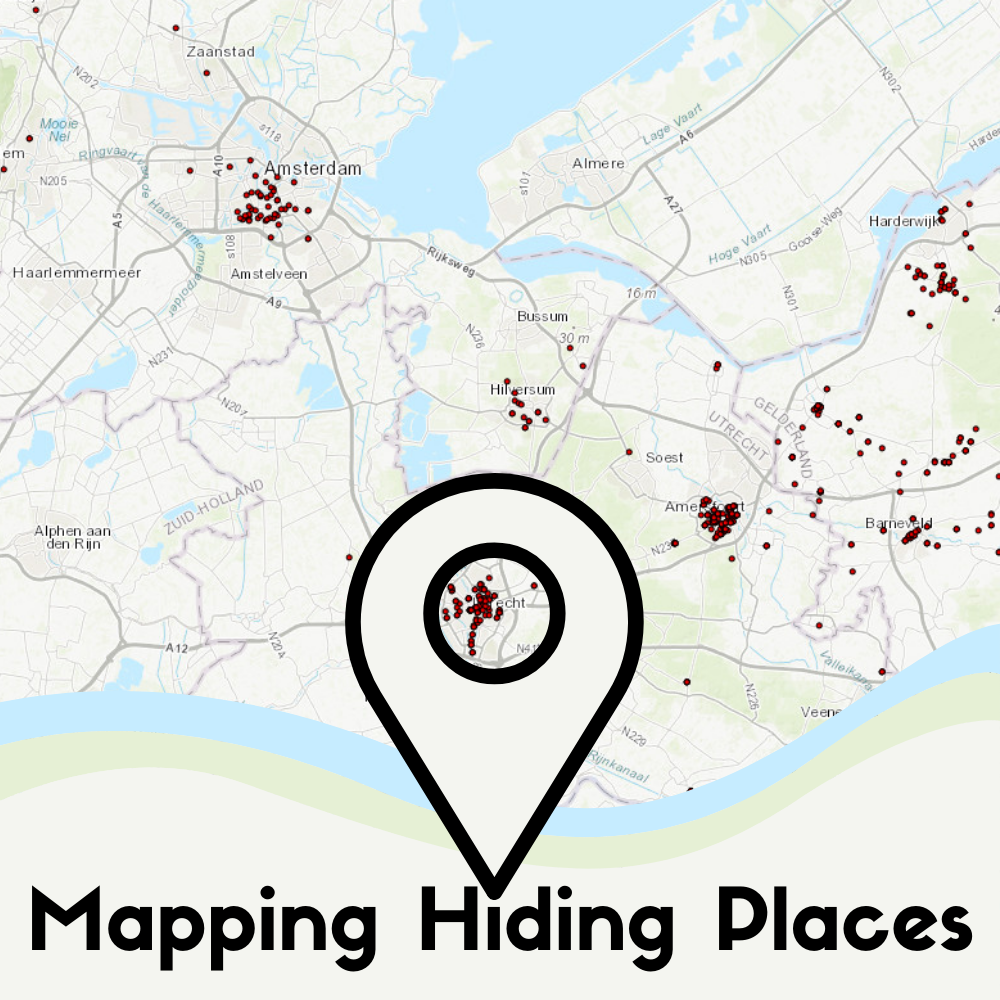 This information is often still kept in the memory of surviving relatives or of survivors, of local residents, and in various books, articles, interviews and other sources. Now it is time to bring this widely dispersed information together to gain more insight into the histories, memories and legacy of Jewish hiding in Europe during the Holocaust."