Old People and the Sea

A group of shamans each make their bold attempts towards achieving godhood. In the desperate hope of succeeding, they all collect skulls of mere mortals and use the waning life sparkles within the craniums to conduct rituals and leave magical traps. All of them need and worship the skulls that can grant them powers and, maybe, transcendence. Join the SKULT.

SKULT is a strategic board game with elements of luck. Two to four players take on the role of peculiar shamans and compete to spread their ritualistic influence over the primordial land of a long-forgotten age.

In order to gain an advantage, they need to collect skulls. Yet, someone almost certainly embedded the desperately needed skull with a trap curse...

The game is currently under development and entering the playtesting phase. I still expect much tweaking of the game mechanics. As soon as the rules are fleshed out, there will be a simple print & play version available for download.

In the meantime if You want to know more, do not hesitate to contact me 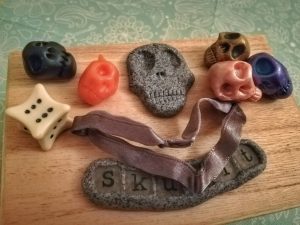 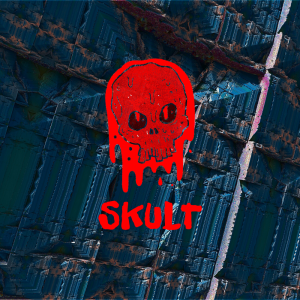 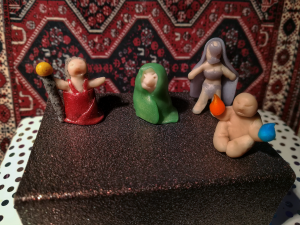 Step into a prehistoric world of grim, occult conquest to outstrip your adversaries and become a force of nature!